A couple of weeks or so ago, we lost our friend, coworker, wingman and shipmate, Ed Cunningham.

This is the shot taken the day after with the 416 CTF, 416 FLTS and 416 AMU rendering honors to his Flag in this jet as it taxies for a memorial flyover. Pilots, Flying Engineers, Engineers, Maintainers and the Family are lined up for this most solemn event.

Digest that, will you? I only thought it happened on TV and in the Movies. Big surprise, I got!

I had gone to the doc for some digestive issues. Bloating, pain, irregularity and such. He decided on a scan due to the gurgling and such. Went through the scan and then waited…………….

Come on back into the exam room……..Got the above phrase…………

Good News: Diverticulitis………..Treatable with antibiotics and diet changes…………gave up a lot of things I loved.

BTW, there is a happy ending…………….because I am still here!

We at the 416 AMU got bad news today. One of our coworkers had been in the hospital in Palmdale for about a week or so. He had been feeling poorly and not looking good either, for a while.

One of the guys was able to pay him a visit last night. The tests said cancer. Ton of bricks on all of us.

Malfeasance of the Jurassic Media on Yet Another Tragedy

My friend Lew Waters on the events of and the media frenzy following the tragedy in Aurora, Colorado.

Prayers to all the families and friends of all the victims of this horrible event.

Lew has done so much better than I could on this today.

From my Good Buddy, Mike “Pockets” Gantwerger from Canada.

It’s the closest thing Canadian industry has to a love story and a murder mystery. The Avro Arrow, a sleek white jet interceptor developed in Malton, Ontario in the 1950s…… It might have become the fastest plane in the world, our best defence against Soviet bombers, the catalyst to propel Canada to the forefront of the aviation industry. Instead, it became a $400-million pile of scrap metal.

After four years of work by 14,000 people, the first Avro Arrow is wheeled out of a hangar in Malton, Ont. on Oct. 4, 1957. A huge crowd is on hand to marvel at the sleek white craft. But the Arrow’s timing turns out to be disastrous: the Soviet Union launches the Sputnik 1 satellite the same day, diverting attention from the Arrow and prompting some Canadians to begin rethinking the country’s approach to strategic defence.
On 20 February 1959- the Avro Arrow’s cancellation was announced. The day became known as “Black Friday” in the Canadian aviation industry

The government… has made a thorough examination in the light of all the information available concerning the probable nature of the threats to… North America in the future years, the alternative means of defence against such threats, and the estimated cost thereof. The conclusion arrived at is that the development of the Arrow aircraft and Iroquois engine should be terminated now.
Prime Minister Diefenbaker addressing the House of Commons, 20 February 1959

On Black Friday all Avro Arrow aircraft were attacked by chainsaws and blow torches which reduced the sleek supersonic interceptors to small bits of metal….all blueprints, paperwork , correspondence, microfilm and any paper trail even remotely associated to the Arrow project was destroyed.

The sad irony of it all is, two years after black Friday, the RCAF took possession of 66 used McDonnell F-101 Voodoo jet fighters from the United States to fill its need for a supersonic interceptor.

Due to the sudden loss of their jobs, Thirty-three Avro engineers and scientists were recruited by NASA, and went on to help develop the Mercury, Gemini and Apollo programs.

That day, Canada lost a lot more than 6 Jets….it lost a piece of its soul.

There is a myth that perpetuates to this day that one of the test pilots stole an Arrow before it was destroyed, and flew it to an undisclosed location. Some believe that somewhere in Canada is a barn that houses the last remaining Arrow. Truly the stuff of legends.

Going to work in a short while. It is my turn. Every fourth weekend, we each have a turn. At 40.37 an hour, it works. That is my OT rate.

The weather is going to get ugly in a few hours. The “last taste of winter” is inbound. The   LA area is already getting rain. The snow level is forecast for about 3000 feet tonight. We are at 2375 in town and 2299 at Edwards.

Going to a friend’s house later for Corn Beef, Cabbage and Green Beer.

Got the VA clinic thing on Wednesday. Annual check up. They wanted me to do it every six months. I am in better shape than that! Got a blood vessel protrusion on the noggin that once in a while I tag while shaving my head. Yes folks, I shave my head. When the bald spot appeared and the comb over not being an option……….in the shower, every day during the work week. Barbasol Aloe Vera shave cream and a Gillette Pro Fusion five blade razor. Does quite well.

Have a pleasant St. Patrick’s Day.

This was at Bob’s Place. Really good stuff here about Andrew Breitbart.

Hit the link and have a read.

You will not regret it at all. I didn’t.

When I was on Greg’s show Red Eye with Breitbart we were asked what we thought of Trump sponsoring a GOP debate. Greg and I had the knee-jerk reaction of scoffing at the whole thing. When Breitbart asked us what was so funny we said, “Well, it’s obviously just some rich guy showboating.” Then he taught me a word I never really paid attention to before: “So?”

This word defines Breitbart to me more than any other. At a bar one night I was whining about the allegation that all libertarians are funded by the Koch brothers. “So?” he replied. Andrew didn’t play the PC left’s game. Libertarians don’t get magical checks from the Koch brothers, but so what if they did? George Soros spends billions paying people he likes. There’s nothing wrong with that, either.

Another evening we were both arguing with someone who still believed government can create jobs. She was from Madison and like all liberals there, she saw Governor Scott Walker as a union-busting thug who hated the working man. I explained that Walker’s privatization created way more jobs than the government did and she said, “Yeah, but they were all just tourism jobs.” Breitbart ended the whole argument with, “So?”

What a word. It’s only two letters but it shows the PC left they’ve never thought past the silly hysteria that surrounds their accusations. Oil companies have had record profits this year. So? That’s what they’re supposed to do. Up in Canada, my father has been fighting with the local schoolboard because they are hiring fundamentalist Muslims as guidance counselors. The trustee in charge of the program said my father’s comments could be construed as anti-Islamic and I was surprised to see him explain why they are not. “You need to learn Breitbart’s magic word,” I said in an email. “When she calls you anti-Islamic, say, ‘So?’” This was yesterday.

…His boldness was contagious. Days after meeting him you catch yourself strutting down the street with your chest puffed-out yelling, “So?” at everyone who has a problem.

23 months since the kidney came out. Strange to mark such an odd milestone? Nah. Still around. That is the good thing!

I will wax philosophical at the two year mark next month. I may even do a look back on the day the mass was found, the trip to the urologist and the surgery with four days in hospital. We will see.

This was in the inbox from my buddy, Shane. He is the Roadmaster on the BNSF Devils Lake Subdivision in North Dakota. Dumped a lot of rock with Shane.

Good news:
It was a normal day in Sharon Springs, Kansas, when a Union Pacific crew boarded a loaded coal train for the long trek to Salina.

Bad news:
Just a few miles into the trip a wheel bearing became overheated and melted, letting a metal support drop down and grind on the rail, creating white hot molten metal droppings spewing down to the rail.

Good news:
A very alert crew noticed smoke about halfway back in the train

and immediately stopped the train in compliance with the rules

Bad news:
The train stopped with the hot wheel over a wooden bridge with creosote ties and trusses.

were instructed not to move the train!

They were informed that Rules prohibited moving the train

when a part was found to be defective!

(Don’t ever let common sense get in the way of a good Disaster! )

From Amy Proctor at Bottom Line, Up Front.

I wasn’t going to lower myself with this item. But Amy has a civilized post with links on it.

I defer to her on this.

Well Palmdale on Saturday to see Debbie and Ralph anyway. This week was long for only four days. The wind out on the flight line was brutal. And being the diminutive fellow that I am, almost got blown off an airplane making the seat safe for maintenance.

Got some chores to do that I will be able to give my attention to………Rotate and balance on the pick up, haul my recyclable stuff……plastic bottles, cans and cardboard.

Got to get to Lancaster this afternoon. It is open through tomorrow.

The pictures with the names mean something…….Big Brothers of guys I played junior high basketball with in Scobey, Montana in 1966-67. 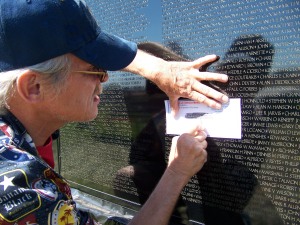 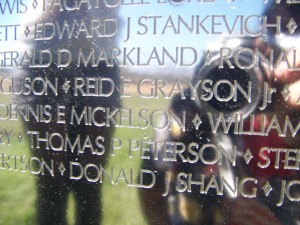 The mists of time are heavier now days.

Seems some slimeball at LSU was going to burn the Flag of The Republic.

He wound up not doing it due to legalities of burning in Baton Rouge.

But he went to make a statement. Seems a significant number of his fellow students took exception.

April has the skinny at her most excellent blog.

So click on over to April’s place and have a read!

About your humble author

And then one day you find ten years have got behind you. No one told you when to run, you missed the starting gun.

Reflections of My Life

"Sign on, young man, and sail with me. The stature of our homeland is no more than the measure of ourselves. Our job is to keep her free. Our will is to keep the torch of freedom burning for all. To this solemn purpose we call on the young, the brave, the strong, and the free. Heed my call, Come to the sea. Come Sail with me." -- John Paul Jones

Visitors since the beginning

Political Correctness is a doctrine, fostered by a delusional, illogical minority, and rabidly promoted by an unscrupulous mainstream media, which holds forth the proposition that it is entirely possible to pick up a turd by the clean end.

Thought for the times

"We make men without chests and expect of them virtue and enterprise. We laugh at honor and are shocked to find traitors in our midst. We castrate and then bid the geldings to be fruitful." CS Lewis

Newt Gingrich on the qualifications of Obama

"As an American I am not so shocked that Obama was given the Nobel Peace Prize without any accomplishments to his name, because America gave him the White House based on the same credentials."